Justice Carla Wong McMillian was appointed to the Supreme Court of Georgia by Governor Brian Kemp, taking office on April 10, 2020. Born and raised in Augusta, Georgia, she is the first Asian Pacific American to serve on a state’s highest court in the Southern United States.

Justice McMillian also has served as the State Court Judge for Fayette County, a position to which she was appointed by Governor Sonny Perdue in 2010. In 2012, the voters of Fayette County overwhelmingly elected her to a full term after a contested election.

Before her appointment to the bench, Justice McMillian was a partner in the litigation group of the national law firm of Sutherland Asbill & Brennan LLP. Her practice centered on complex business litigation, including a heavy emphasis on appellate matters. In particular, she argued cases before the Georgia Supreme Court, the Georgia Court of Appeals, the Eleventh Circuit Court of Appeals, the Third Circuit Court of Appeals, and the Louisiana Court of Appeals. Before joining Sutherland, Justice McMillian had the privilege of beginning her legal career as a federal law clerk for the Honorable William C. O’Kelley of the United States District Court for the Northern District of Georgia.

Throughout her career, Justice McMillian has demonstrated a commitment to service. She currently serves or has served in leadership roles for the Georgia Asian Pacific American Bar Association, the Fayette County Historical Society, the Partnership Against Domestic Violence, the Real Life Center, the Atlanta Chapter of the Federalist Society for Law and Public Policy Studies, the Georgia Legal History Foundation, and the Board of Trustees of Landmark Christian School. She has also been a member of the Rotary Club of Peachtree City.

Numerous groups have recognized Justice McMillian’s work as a lawyer and her service to the community. Her peers in the legal profession twice selected her as a Georgia Super Lawyers “Rising Star.” In 2012, the National Asian Pacific American Bar Association tapped her as one of the “Best Lawyers Under 40” in the United States. The National Diversity Council picked her as one of the “2010 Most Powerful and Influential Women of Georgia.” The Westminster Schools of Augusta named her as its “2010 Distinguished Alumna,” and the Fayette Woman recognized Justice McMillian in its January 2013 issue for “Making a Difference on the Bench and Beyond.” Justice McMillian has also been named as a “Notable Woman of History” by the Fayette-Starr’s Mill Chapter of the Daughters of the American Revolution, a 2013 “Community Champion” by the Asian American Legal Advocacy Center, and one of the 25 Most Influential Asian Americans of 2014 and 2015 by the Georgia Asian Times. In 2015, she also received the Distinguished Service Award by the Asian American Heritage Foundation, and in 2018, she was honored with the Women’s Leadership Award by the Georgia Asian Pacific American Bar Association. In 2019, the Young Lawyers Division of the State Bar of Georgia recognized Justice McMillian for her Distinguished Judicial Service.

Education has played an enormous role in Justice McMillian’s life. She attended law school as a Woodruff Scholar at the University of Georgia School of Law, where she served on the Law Review Editorial Board and as President of the Christian Legal Society. She also graduated with high honors from Duke University, earning Bachelor of Arts degrees in both History and Economics. She obtained her high school diploma from the Westminster Schools of Augusta, graduating as valedictorian of her class. 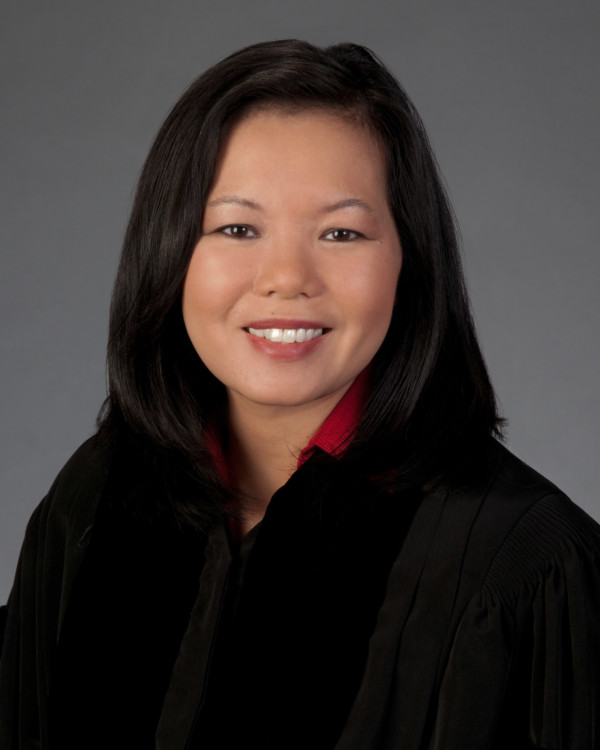